Dragon Slaying and the Weakness of Men 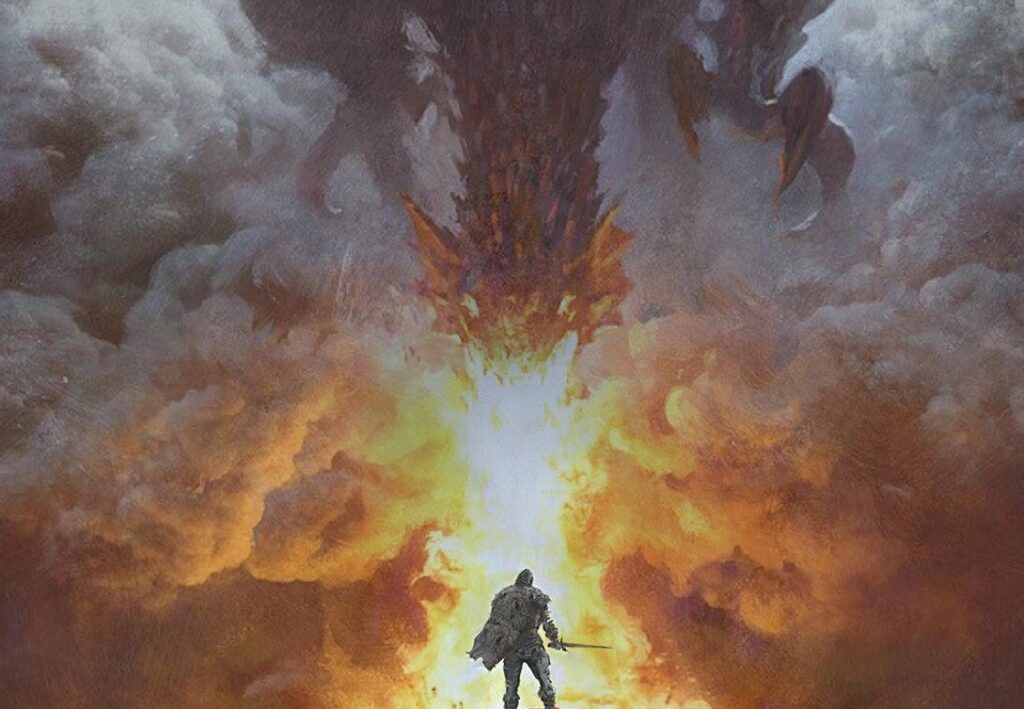 In the Lord of the Rings, the darkness of Sauron is allowed to endure because of the weakness of men, as seen in major events like the corruption and fall of Númenor and Isildur’s failure to destroy the ring of power in the fires of Mount Doom. Had men not been weak, the dark events in the third age never would have transpired, meaning no dragon-riding Ringwraiths, no fallen wizards, no battle for Middle Earth, and no burning of the Shire (spoiler alert). However, in the midst of man’s weakness, we also find heroic strength, as seen in Bard the Smaug-killing Bowman and Aragorn the king of Gondor. The lesson being, though man’s weakness can lead to great misery, man’s strength can lead to great triumph. Consequently, two paths lie before us: the path of weakness and the path of greatness.

We live in a society where the Shire of masculinity has been burnt to a crisp, resulting in men not only taking the path of weakness but also believing the path of weakness is actually the path of greatness. The result is men of cowardice who would rather admit the sky is green than be labeled a sexist guilty of getting their “toxic masculinity” all over the place. And in a society where men make up over ninety-three percent of the prison population and over seventy-five percent of all violent crime, who can deny the dangers of the Y chromosome? What is the proposed solution? The demasculinization of men which comes in numerous forms, such as medicating little boys who can’t seem to sit still quite as long as little girls. If we could just train men to be less men-like, then maybe we could finally build that Great Society. And yet following this plan never seems to get us there. Like the whispers of Sauron, they seem to only lead us further into the darkness. A darkness that leads to an ever-increasing rate of male suicide, which is now the seventh leading cause of death among males and is four times higher than it is for women. A darkness that leads men to have much lower levels of satisfaction in life than women. A darkness that leads men to be nearly three times more likely to become addicted to alcohol or drugs, and a darkness where men suffer from mental health issues at a rate much higher than women. It seems then that the darkness of Sauron has not only been allowed to endure but is growing at an ever-increasing rate, especially among men, leading to dragons abounding. But what can we do in the face of such gruesome dragons? Train men to be dragon slayers.

Ever since I was young, I’ve had an unyielding desire to slay dragons. In fact, I often tease that my tombstone will list my greatest achievement, which is the slaying of evil King Koopa in the original Nintendo’s Super Mario Bros when I was but five years old. From there my desire to vanquish dragons continued through books and other games, which included both the pixilated and pig-skinned kind as Football came to preoccupy a big part of my life. However, when my college years had passed and genetics left professional sports as a non-option, I sat there with my dragon-slaying desires and no dragons to be found. The result was pouring more hours into make-believe worlds where I could get a small taste of conquest and greatness. However, it wasn’t until years later that I finally came to discover what true masculine greatness looks like.

At the heart of the Christian narrative lies a darkness that is so much greater than that of Sauron’s. A darkness that has resulted from the weakness of men and continues to thrive through it. And yet, at the center of this story lies the ultimate greatness of men found in one man who does what Isildur could not in the fires of Mount Doom—He overcomes the weakness of men. Not because there was weakness in him that needed overcoming, but because of the weakness in us that needed overcoming. And so it is in the shadow of his greatness that weak men become the masculine dragon-slayers they were meant to be—not in a self-serving, toxic way, but in a humble, loving, and caring way that is also bold, fierce, and strong. This kind of masculinity not only stands unwavering against the tides of darkness who bare Sauron’s banner, but also opposes those who claim that Sauron’s evil is no longer a threat. These kind of truly masculine men lead by example as Christ did, who did not use his strength selfishly, but selflessly for the sake of others. And so it is through him that weak men can be great as they become great husbands, great fathers, and great servant leaders who lead the march forward holding his banner high. Are you feeling the weakness of men? Then look to the great one and join his cause, for there are dragons to be slain!